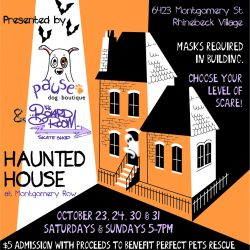 For health and safety reasons, masks covering nose and mouth are required to be worn by all attendees while you are inside building whether you are vaccinated or not. 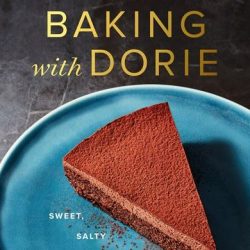 Say “Dorie Greenspan” and think baking. The renowned author of thirteen cookbooks and winner of five James Beard and two IACP awards talks to Kevin Pang of America’s Test Kitchen about her new a collection that celebrates the sweet, the savory, and the simple.

This event is online only via Zoom. Event info and to Register.

It’s March 2020 and a calamity is unfolding. A group of friends and friends-of-friends gathers in a country house to wait out the pandemic. Over the next six months new friendships and romances will take hold, while old betrayals will emerge, forcing each character to reevaluate whom they love and what matters most. The unlikely cast of characters include: a Russian-born novelist; his Russian-born psychiatrist wife; their precocious child obsessed with K-pop; a struggling Indian American writer; a wildly successful Korean American app developer; a global dandy with three passports; a young flame-thrower of an essayist, originally from the Carolinas; and a movie star, The Actor, whose arrival upsets the equilibrium of this chosen family.

In a remarkable literary feat, Gary Shteyngart has documented through fiction the emotional toll of our recent times: a story of love and friendship that reads like a great Russian novel set in upstate New York. Both elegiac and very, very funny, Our Country Friends is the most ambitious book yet by the author of the beloved bestseller, Super Sad True Love Story.2

This event is online only. More Info & to register

Hip-Hop (And Other Things), combines the smooth hipness of Tribe Called Quest, the hellfire of DMX, the quirky brilliance of Missy Elliot, and the sheer, unstoppable flow of Jay-Z into one enlightened compendium of hip-hop greatness.

**Pre-order your copy of HIP-HOP (AND OTHER THINGS) to get access to this exclusive event.** Link to access will be emailed to purchasers 24 hours prior to the event.

HIP-HOP (AND OTHER THINGS) is about, as it were, rap, but also some other things. It’s a smart, fun, funny, insightful book that spends the entirety of its time celebrating what has become the most dominant form of music these past two and a half decades. Tupac is in there. Jay Z is in there. Missy Elliott is in there. Drake is in there. Pretty much all of the big names are in there, as are a bunch of the smaller names, too.

Pre-Order Hip-Hop (And Other Things) 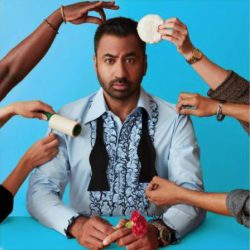 This event is online only.

Kal Penn will be in conversation with a special guest to be announced.

You Can’t Be Serious is a series of funny, consequential, awkward, and ridiculous stories from Kal’s idiosyncratic life. It’s about being the grandson of Gandhian freedom fighters, and the son of immigrant parents: people who came to this country with very little and went very far–and whose vision of the American dream probably never included their son sliding off an oiled-up naked woman in a raunchy Ryan Reynolds movie…or getting a phone call from Air Force One as Kal flew with the country’s first Black president.

In the book, Kal demonstrates by example that no matter who you are and where you come from, you have many more choices than those presented to you. It’s a story about struggle, triumph, and learning how to keep your head up. And okay, yes, it’s also about how he accidentally (and very stupidly) accepted an invitation to take the entire White House Office of Public Engagement to a strip club–because, let’s be honest, that’s the kind of stuff you really want to hear about.