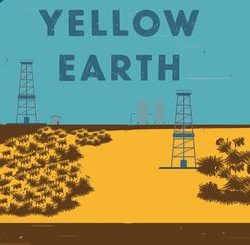 Set shortly before Standing Rock would become a symbol of historic proportions of the brutal confrontation between native resistance and the forces of big business and law enforcement, the fate of Yellow Earth serves as a parable for our times.

In Yellow Earth, the site of Three Nations reservations on the banks of the Missouri River in North Dakota, Sayles introduces us to Harleigh Killdeer, chairman of the Tribal Business Council. “An activist in his way, a product of the Casino Era,” Kildeer, who is contracted by oil firm Case and Crosby, spearheads the new Three Nations Petroleum Company. What follows, with characteristic lyrical dexterity, insight, and wit, introduces us to a memorable cast of characters, weaving together narratives of competing worlds through masterful storytelling. Read More

Emma Copley Eisenberg will talk with fellow non-fiction author Ginger Strand about her stunningly written investigation of the murder of two young women, a violent crime that cast a shadow over an entire community.

In the early evening of June 25, 1980 in Pocahontas County, West Virginia, two middle-class outsiders named Vicki Durian, 26, and Nancy Santomero, 19, were murdered in an isolated clearing. They were hitchhiking to a festival known as the Rainbow Gathering but never arrived; they traveled with a third woman however, who lived. For thirteen years, no one was prosecuted for the “Rainbow Murders,” though deep suspicion was cast on a succession of local residents in the community, depicted as poor, dangerous, and backward. In 1993, a local farmer was convicted, only to be released when a known serial killer and diagnosed schizophrenic named Joseph Paul Franklin claimed responsibility. With the passage of time, as the truth seemed to slip away, the investigation itself caused its own traumas–turning neighbor against neighbor and confirming a fear of the violence outsiders have done to this region for centuries. Read More 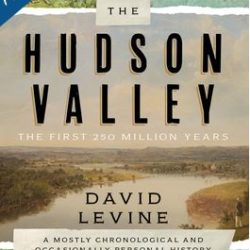 Often funny, sometimes personal, always entertaining, this collection of essays from author David Levine offers a unique look at the Hudson Valley’s most important and interesting people, places, and events.

From the dinosaurs and the glaciers to the first native peoples and the first European settlers, from Dutch and English Colonial rule to the American Revolution, from the slave society to the Civil War, from the robber barons and bootleggers to the war heroes and the happy rise of craft beer pubs, the Hudson Valley has a deep history. Read More